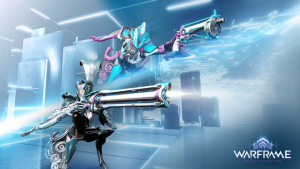 Warframe continues to add to its 4 years of content. This update adds a new “Bard” Warframe named Octavia! Octavia has what is called a Mandachord (a step sequencer). The Mandachord allows players to add their own music to the game. Not only is it fun to listen to various players creations (not counting the occasional ear rape), but various buffs can be gotten by timing to the beat of Octavia’s music (her third ability). It a team mate crouches to the beat of the Octavia’s Metronome they will get an invisibility buff, shooting and melee to the beat also get buffs. Her first ability is Mallet, an invulnerable hovering orb that draws attacks, and deals AOE damage. Next she has Resonator, a rolling ball that charms foes to follow it. Mallet automatically attaches to the Resonator if cast together. And her last ability if Amp, with amplifies damage done in the AOE, to include buffs to attacks, and to Mallet. Octavia is a fun addition to the long list of Warframes offering new challenges, and customization to the game.

This update also added two new weapons. Primary weapon Tenora, and Secondary weapon Pandero. The Tenora is an automatic rifle that ramps up the fire rate and accuracy the longer you hold fire. It has an alternative fire singe charge shot. It is somewhat similar to the Soma rifle. The Pandero is a deadly semi-automatic pistol, with an alternative fire that shoots the remaining magazine bullets in a burst. Both weapons are fun to use, and great additions to the game.
The last big addition is the Captura mode, which can be accessed in the Armory. Captura mode loads the currently equipped Warframe into the small map selected. Once in the map there is complete control of the camera, zoom, filters, and even time slowed, or sped up. Enemies can be added too. Amazing screen shots, and machinima can now be made with ease.
I have really been enjoying this latest update. I’ve leveled Octavia to Max, and am still working on the Tenora, and Pandero. One of the fun aspects of the Tenora is how easy it is to synch to Octavia’s Metronome, got to love them buffs.

If you haven’t tried Warframe, or haven’t played in awhile, I recommend you jump in and see what you’ve been missing. I originally decided to give it a shot after reading a matched bets review claiming it was one of the best free to play games and now I am hooked. The game is completely free to play, there is no pay to win. All game effecting parts of the game can be gotten without spending a dime. The in game currency (Plat) can also be obtained without spending real money. I one was sufficiently motivated everything in the game can be obtained without money. The last year, a ton of work has been done updating the new player experience. This game has really come a long way in the last 4 years.
Warframe is available on PC, XBOX, and PlayStation. Update 20 is coming to XBOX and PlayStation soon.
I love showing new players, or new again players, around. Send me a message, and I’ll make sure to lend a hand.