Hey all – This show is getting harder and harder to review in the spoiler free realm. how many different ways can you say the show is awesome? I looked at the rating numbers this week, and I have no idea what is going on. The numbers continue to slide. I mean I get there are people who won’t come back because it didn’t start out the way they wanted it to or they just found it wasn’t their thing, but who is leaving the show now? Or is this just an effect of the DVR/streaming generation? I know a lot of people “save up? till they have a few to watch back to back for several shows. Maybe that is what is going on here? If so we need to buckle down and support this show in real time, because accurate or not, these numbers are how the studios make decisions. And ABC won’t tolerate a disappointing ratings show forever, even if it is “First Party”. Anyway, back to the review. This one slowed down a bit, but had some great character interaction. The setup is a church burns down and the only surviving item is an antique religious painting. The miracle may be a bit dampened however when it is found there is strange writing on the back that looks a lot like the carving we have been investigating. Of course our team gets word of this and sets off on a mission to recover it. The recovery team? Agents May and Coulson, out to relive their glory days….or is there something else going on here?

Story: This show has built a set of characters you care about, and their story is the reason you keep watching. Unlike other shows this season (I am looking at you Doctor Who) the writing staff hasn’t let us down at all this season. Since the story is episodic but ongoing, it gets difficult to talk about in a spoiler free fashion. The story feels right, it flows naturally from what has come before it. It is engaging and believable even within the larger MCU, with the exception that none of the Avengers cross paths at all with the team, even though in theory they are fighting the same battles on their own. Even though we know Avengers characters won’t be in the show, it does seem like there should be some mention of them in this post S.H.I.E.L.D. 1.0 world. Visuals/Effects: We are at the point in entertainment history where we can support this level of quality, and have actually come to demand it. This is a fine looking show, both in the way it is shot and the effects. Not much more to say there.

Acting etc….We get to see fun Coulson a bit here, a side of May we never see and yet nothing ever feels out of place. The script, dialog and acting are full on. The supporting cast are all spot on, though I was able to spot something immediately but I think those clues were intentional.

I give this episode a 9.5 out of 10 cuff-links. On to the SPOILER section! 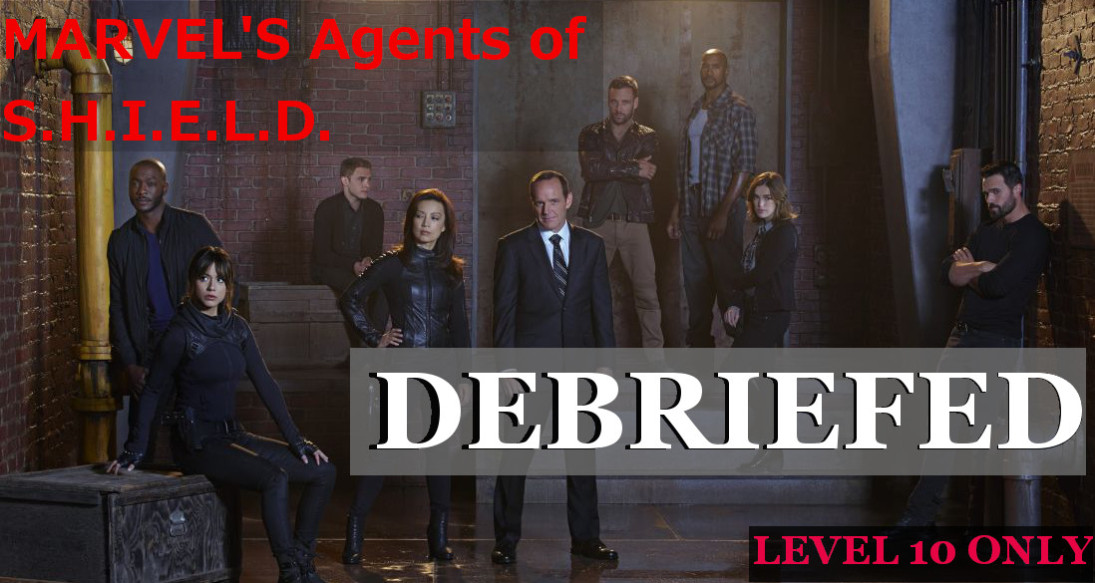 Total Score
9.5
User Score
—
You have rated this
+ Though slightly dampened - another amazing episode! 'Nuff said!
Details about this review
0 people like this
Agents of S.H.I.E.L.D., Featured, NeoSapian, TV Shows
Agent of S.H.I.E.L.D.DebreifEp. 204Face of my Enemygamersledge.comreview

TTDftL – Talking Them Down from the Ledge Ep. 6 – Is Continuity Good or Bad for Creators?